Make Yourself at Home 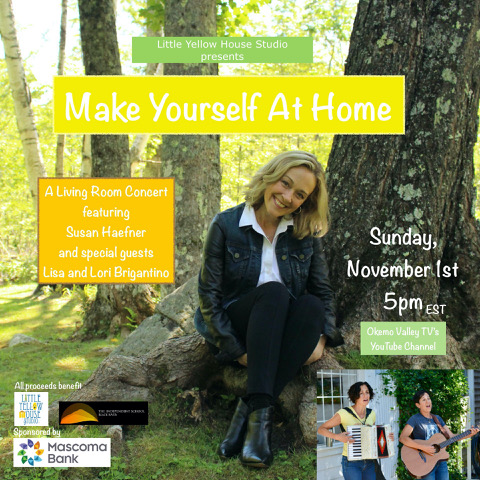 “Make Yourself at Home” is the next virtual concert produced by Susan Haefner and Little Yellow House Studio.  The event will air on Okemo Valley TV’s YouTube Channel and will feature Susan and special guests Lisa and Lori Brigantino.  The concert will include well-known folk and old-time tunes as well as Lisa’s original songs. There will also be a special surprise guest!